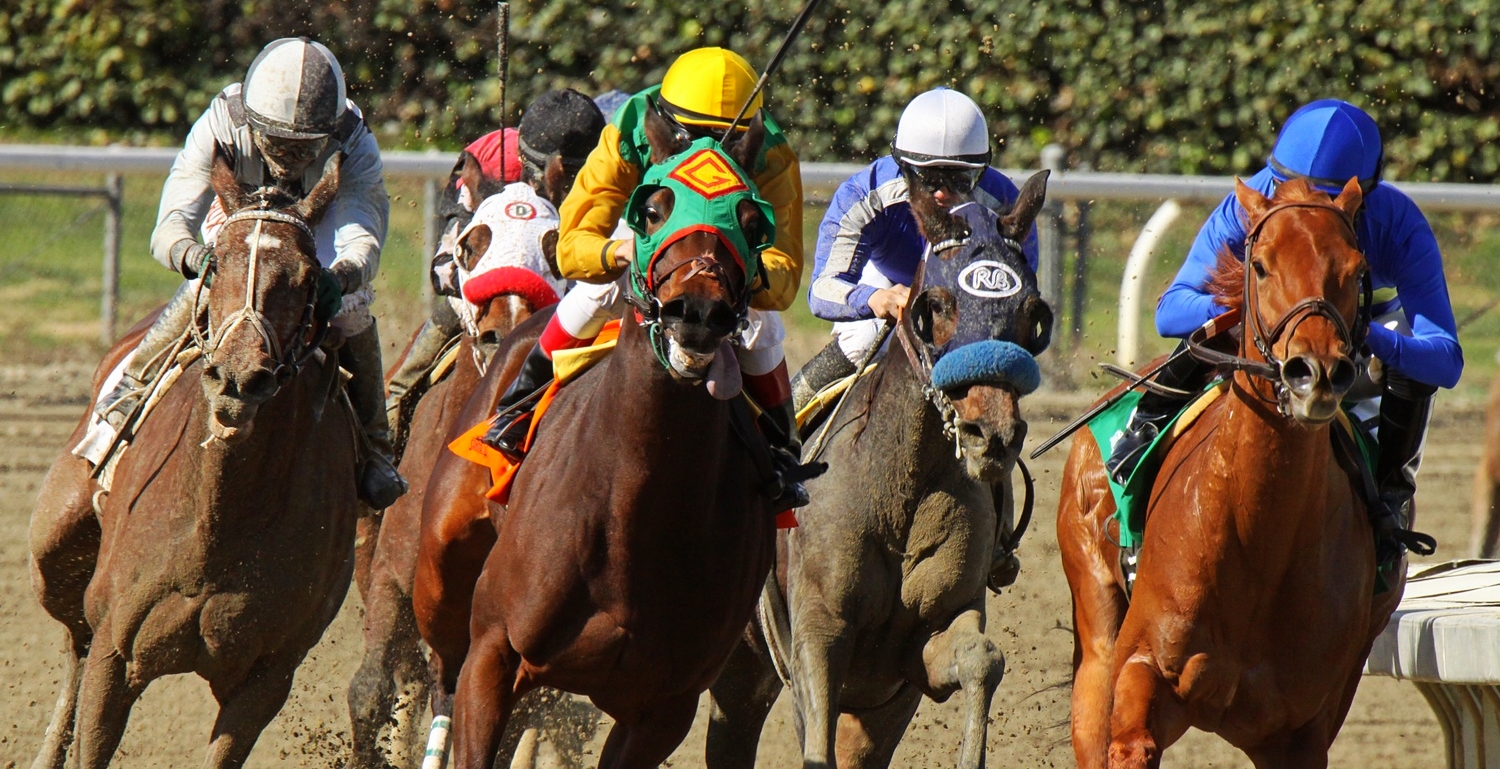 In the Breeder’s Cup the process works in this manner. Ten days before the Breeder’s Cup races the horses are pre-entered. This entails an owner or trainer paying half of the entry fee ( total entry fee is 1% of the subject race’s purse) and selecting the race in which the horse will run. At this stage, a horse can be pre entered in two different races so long as the races are on different days (the Breeder’s Cup is a 2 day event) and the horse is eligible (age & sex restrictions) for both races. The maximum number of horses in each race is 14. Then, five days before the race the final entries are made at which time the other half of the entry fee is paid and the horses are entered in one race (on rare occasion a horse can be entered in two races, but this horse is subject to payment of entry fees for both races).

After the final entries for each race are made the field is determined.   This field determination is done in the following manner.

1. Those horses which have won “Win & You’re in” qualifying races are automatically in the field.

2.  The next selections are determined based upon points earned in races along the trail to the Breeder’s Cup. These points are weighted based upon the quality of race.

3.  A pre-selected  Breeder’s Cup Committee will select the remaining entrants in the event horses do not have points and available spots in the race are still available.

4.  The Breeder’s Cup Committee will break all ties by vote of the committee.

This has different degrees of importance as we get closer to the Breeder’s Cup. For today, we can begin to focus on the pre entries when they are released. Next Monday, we will know the final fields and can focus on specific horses.

This week’s edition of the Featured Four will look at things to focus on as we get near the Breeder’s Cup.

LOOK AT HORSE’S THAT ARE PRE-ENTERED IN TWO RACES. These are horses who’s connections have not fully decided in which race to enter the horse. The key question to ask is why the decision has not been made. Are the connections looking to see which race has an easier field? Is the horse giving signals that it would give a better performance at a specific distance or surface? The horse could possible be having distance limitations and the connections expect a better performance in the Juvenile Sprint as opposed to the 1 1/16 mile distance of the Breeder’s Cup Juvenile races. I always look at these horses much closer than I do the horses that are entered in one race. While I do not automatically eliminate these horses from wagering consideration, I place them under much higher scrutiny and am quicker to eliminate them from a possible wager than a horse whose efforts are being concentrated on one race.

LOOK AT THE POSSIBLE EFFECTS OF RUNNING WITHOUT LASIX. The drug Salix, also known as Lasix is not allowed in the Breeder’s Cup Juvenile races. The drug is allowed in most other races that the horses have previously competed. Therefore, I give a preference to a horse that has run well in the past without using Lasix. Again, I am not saying I automatically will bet on a horse simply because the horse has run well without Lasix, but it is an advantage.  This is just removing another variable from the equation.

LOOK AT THE EFFECT OF HORSE’S STRETCHING OUT TO TWO TURNS. For some horses in the field, this will be the first time that they have stretched out to a distance over a mile and have run around two turns. It is important to consider how a horse will do running around two turns, especially for the firs time. From the time horses are broken, they are trained that after a horse runs around a turn, that it will enter the homestretch and be asked to run in all-out sprint toward the finish line. When horses stretch out to two turns, after they run around their first turn they are not entering the homestretch, but rather beginning the long run up the backstretch. A horse still needs to conserve energy for the remainder of the race which is still 3/4 mile from completion. Little hints to look for are:

1. Longer workouts around two turns or the horses being asked to perform “2 minute licks” as a part of their morning exercise. A 2 minute lick is when a horse runs a mile (2 turns at Santa Anita) in approximately 2 minutes. While this 2 minute lick is not published a handicapper can find this information in the workout notes provided by the racetrack or by watching daily programs on HRTV or TVG chronicling the daily workouts of the contenders.

2. Trainers that have a proven track record of winning races stretching out from one turn races to two turn races. This information can be obtained in the Daily Racing Form or other data source.

3. Horses that are bred by stallions who’s offspring perform better around 2 turns than one turn.

4. Horses that might have worked out longer distances at shorter tracks. An example would be a horse that worked 6 furlongs at a racetrack that is 5 furlongs in diameter.

LOOK AT WHICH HORSES THE JOCKEYS CHOOSE TO RIDE IN THE BREEDER’S CUP RACES. The jockeys have the selection of which horse they will ride in any race. Typically, a jockey will choose the horse they ride either because they feel the horse they choose has the best chance to win or because they ride a lot of horses for the trainer/owner. A handicapper needs to keep in mind that a jockey might be selecting the horse they will ride in the Breeder’s Cup not with a paramount goal of winning the Breeder’s Cup race. However, the jockey might be selecting the horse he feels has the best chance to win the Kentucky Derby next year and does not want to allow another jockey to ride the horse in the Breeder’s Cup race and possibly obtain future mounts on the horse in future stakes races.