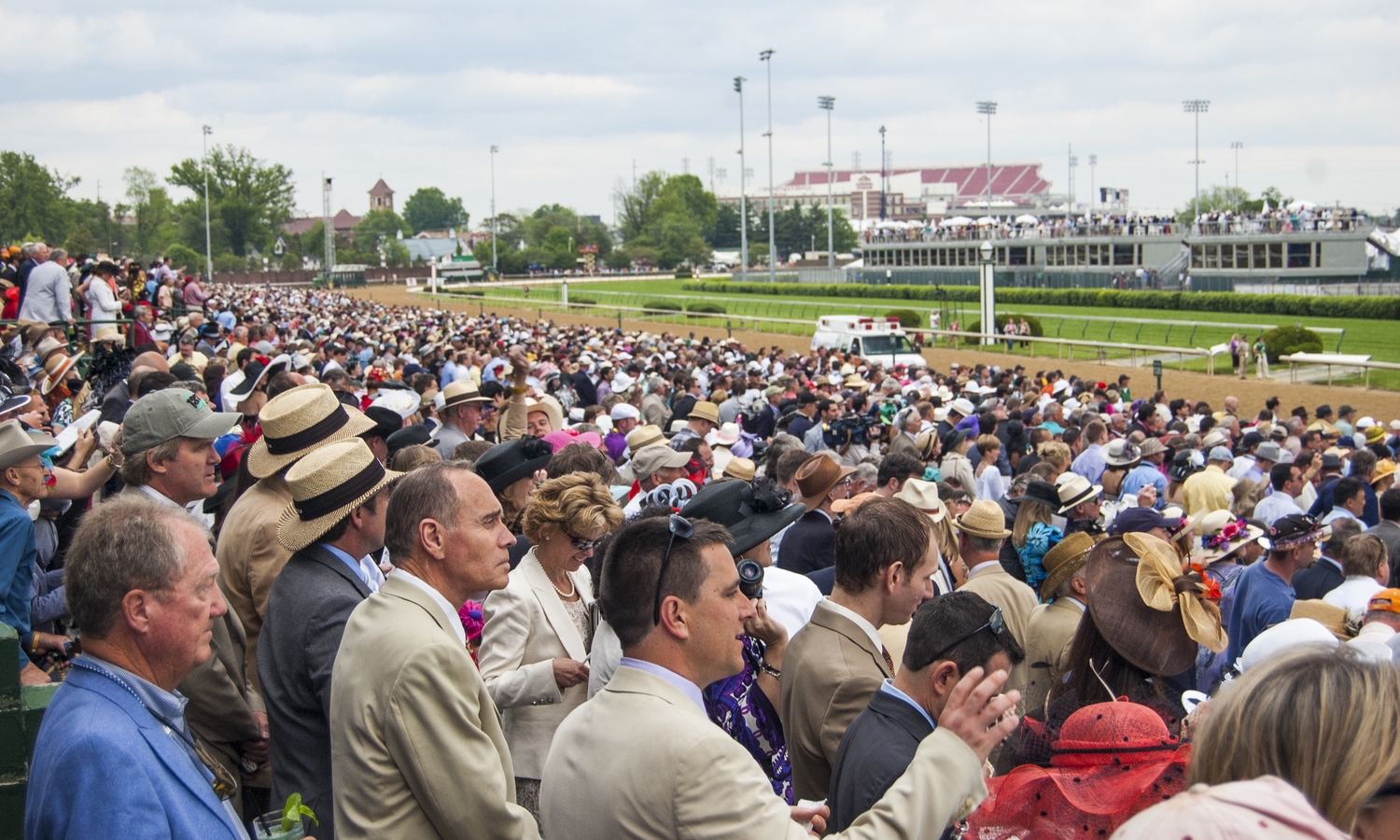 This week’s column provides the first in-depth ranking of Derby contenders.  These are my rankings, but I’ll give you my thought process also.  The first Derby preps have been run around the country and now we are getting ready to see the Derby points increasing from 10 points to 20 points for a win.  A horse having 25 points should have enough to get in the Derby gate, so a win in the next level of prep races gives a horse’s trainer the luxury of setting his training schedule knowing he/she only needs a minor showing to get enough points to end up in the KENTUCKY DERBY.

1.  Stakes Recap  There were two Florida 3-year-old stakes races over the past weekend.

Historically, this stakes race, named for a famous Kentucky sire, is the first major 3-year-old prep.  The advent of the major 2-year-old fall season stakes races (DELTA DOWNS JACKPOT, CASH CALL FUTURITY and BREEDER’S CUP JUVENILE) has diminished the importance of this race slightly.  Pletcher sat this race out with his numerous contenders, but it still allowed us to see some horses that were important players in the New York 2-year-old scene.  Horses that caught my eye:

Upstart:  I have liked this horse since trainer Richard Violette worked him twice at a 1 mile distance as a 2-year-old.

Frosted:  I have questioned this horse’s ability to win given that he came in second in 3 out of 4 races.  Frosted continued this race in his runner-up fashion; however, he really had no real chance of beating Upstart in this race.

High Noon Rider:  I really liked this horse coming into the HOLY BULL stakes.  Given his poor showing, I think he is off the Derby Trail.

Best thought of as the race for the 3-year-old boys at Gulfstream that are playing catch-up in their training as this race is held at 7-furlongs.  While the HUTCHESON offers contenders no Derby points, it did springboard Wildcat Red into the KENTUCKY DERBY last year.  This is an interesting race, as the pace was strong at 22 4/5 seconds for the first quarter and 45 1/5 for the half mile.  Barbados won very impressively.

Barbabos:  Stayed within 2 lengths of the leader as he set a fast pace.  At the 3/8ths mile pole, he just drove past the leader and was able to defeat his foes without any real urging or use of the whip by the jockey.

Richard the Great:  I really liked this horse’s chances coming off his previous 2

Wins at Gulfstream Park.  Showed very little in this race.

NEGATIVES for Richard the Great:

Stanford:  I question why this horse that cost $550,000 was scratched from the race.  This race was to serve as his comeback since the August 10 SARATOGA SPECIAL.  Since this horse was not ready to run today, it really makes his ability to be ready to get the 10-furlong distance and earn enough points to get into the Derby doubtful.  Look for this horse late in the year to run in major stakes races.

II. Workout Report   A couple of notable works were held this week among the division leaders.

Worked earlier this week at Oaklawn Park.  Notable because he once again lugged out during the work.  This behavior cost him in the SMARTY JONES.

All that Dortmund could do was work with him evenly.  I still do not see all the hype about this horse.  I do like that Baffert is working him 7/8ths of a mile, but he should be outworking the other horse by four lengths.

III. Updated rankings:  Now that prep races have been run on every major circuit, I will update my top 15 list of Derby contenders. A few of them are trained by Texas-based Steve Asmussen, who has trained two Horse of the Year winners; Curlin and Rachel Alexander.

I use the term “trip” in my columns. In horseracing terminology “trip” refers to “the course followed by a horse and rider during the running of a race and describes the ‘trouble’ encountered. A horse that had a ‘good trip’ did not encounter any unusual difficulty. A ‘bad trip’ might involve racing wide, or being boxed in by other horses.” (from www.anddownthestretchtheycome.com)

IV. Ones to Watch   These horses did not make my list, but they do deserve some attention:

Lord Nelson:  Baffert thought enough of this one to ship him to Churchill and run him in the KENTUCKY JOCKEY CLUB.   He had a “tough trip”, coming in 5th.  Caught my eye last week when he gave Dortmund all he could handle as a workmate.  Either Lord Nelson is that good, or Dortmund is not what others have hyped him to be.

I Spent It: A $600,000 2-year-old at purchase.  He won the SARATOGA SPECIAL and finished 2nd in the Hopeful.  Has not been seen since the Champagne Stakes.  Watch the worktabs.  He could be a player win this division if he returns to his 2-year-old form.

Calculator: Ran runner-up twice to American Pharoah in the FRONTRUNNER & DEL MAR FUTURITY.  Broke maiden in the SHAM STAKES against a poor field.  Question is this one’s ability to get a distance.  We will find out in the BOB LEWIS.

International Star: Won the LECOMTE when the pace fell apart.  Won the GREY (Grade 2 ) on poly and a grade 3 on grass.  I just do not know if dirt is his best surface.  Ramsey will run this in the Derby if he has enough points.

Conquest Bigluck E: Won an Allowance race at Churchill.  Then he got sick and had to miss the KENTUCKY JOCKEY CLUB, as well as a lot of training.  Now he is back training for Mark Casse in Florida. Don’t know if he will be ready for the preps.

Ami’s Fletcher: In his 2nd start, he made up ground to run 2nd on speed favoring track in Mucho Macho Man to Bluegrass Singer who ran 3rd in last Saturday’s HOLY BULL.

The Great War: Ran 4th in the BREEDER’S CUP JUVENILE. Has been working well at Turfway.

Eagle: Ran 3rd in KENTUCKY JOCKEY CLUB.  Stock dropped with a poor LECOMTE performance.  His next start, the RISEN STAR, is critical to justify continuing on the Derby trail.

Bayerd: Ran 2nd in SMARTY JONES, but 1-mile is as far as he wants to go.

Bluegrass Singer: Ran 3rd in Holy Bull, but fell apart in the stretch.

Catalina Red: Won the Pasco at Tampa Bay. XY Jet set the pace and won that race and tired in last Saturday’s HUTCHESON STAKES at Gulfstream.