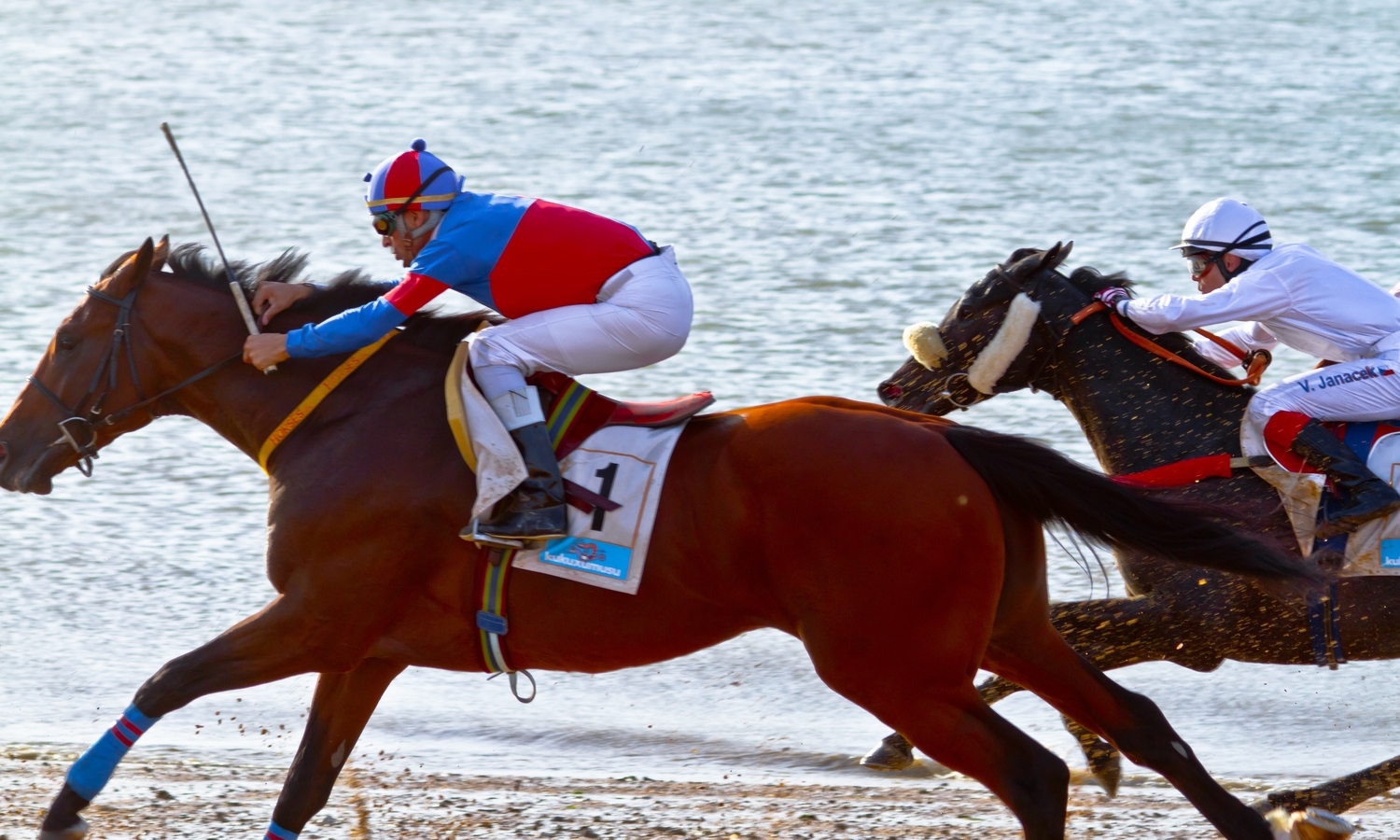 The KENTUCKY DERBY picture cleared up tremendously over the first April weekend with three more major prep stakes races: BLUEGRASS STAKES, WOOD MEMORIAL, and SANTA ANITA DERBY. Several horses distinguished themselves in their quest to race in the KENTUCKY DERBY by earning points. With just one more weekend left to earn those points, the field is starting to shape up. Next week, I will begin in-depth analysis of the major players.

There were three 3-year-old stakes races over the past weekend.

This stake was predicted by many to be the confirmation of Carpe Diem as a major contender for the KENTUCKY DERBY. His performance did not disappoint, and he won with ease. Danzig Moon made a major rally from the rear of the pack at the 3/8ths pole to run second, and was actually gaining ground on the winner in the stretch. Horses that caught my eye:

Carpe Diem has now won both prep races entered in his three-year-old season. He looks stronger with each start. He laid right off the leader and made one controlled run as the horses turned for home to win easily. He is thought of by many as a major KENTUCKY DERBY contender.

Danzig Moon closed strongly and now has the necessary points to run in the KENTUCKY DERBY. Despite a lack of media attention, he showed improvement, running second to Carpe Diem. He caught my eye with the way he ran the last 3/8ths of a mile.

The WOOD MEMORIAL was thought to be the race where Daredevil would show his form and earn enough points to get into the KENTUCKY DERBY. But it just didn’t happen that way:  he ran a distant third. Right now he is on the outside looking in as at least 24 other horses have more Derby points than he does. Tencendur took over the lead after the first 1/2 mile and carried the horses deep into the stretch where he was caught by a fast-closing Frosted. The race was not visually appealing to watch and once again will not produce a Derby winner. The first two runners got bids to the KENTUCKY DERBY, while many, including myself, do not feel that either was a legitimate contender. Horses that caught my eye:

Either Frosted finally put it together, or he just triumphed over a group of lesser horses.  Time will tell, but the way in which this race was run really did little to make me feel any more comfortable about this horse’s stamina.

Tencendur still has only won a state-bred maiden race. However, for a long portion of this competition, I thought he was going to steal this race because he ran unchallenged.  No matter the result, he earned enough points to get into the KENTUCKY DERBY.

Daredevil should have outclassed this group based on what he showed last fall. He appeared very ordinary to me in this race and finds himself without enough points to get into the KENTUCKY DERBY.

Dortmund continues to show his dominance of the California horses as he won easily in gate-to-wire fashion to remain undefeated. Many will question the quality of horses that he competed against in this race. Expected challenges from Propsect Park and Bolo never materialized. Not sure if Dortmund is that good, or the rest of this field was just mediocre. Horses that caught my eye:

Dortmund continues to win and is thought of by many to be the leader of this year’s 3-year-olds.

One Lucky Dane has earned enough points to get a trip to Louisville. This will give trainer Bob Baffert three horses in the KENTUCKY DERBY. One Lucky Dane might be a late developer, but I just have not seen enough of him to form an opinion. I will be paying close attention to how he trains under the Twin Spires.

POSITIVES for One Lucky Dane:

NEGATIVES for One Lucky Dane:

The attrition due to injury continued this week. The winner of the SPIRAL STAKES, Dubai Sky, suffered an injury and is not only off of the Derby Trail, but also is out for the entire year.

As we are less than 4 weeks away from the KENTUCKY DERBY, the point’s picture has become very clear. There are only two prep races left:  ARKANSAS DERBY and LEXINGTON DERBY). The LEXINGTON DERBY provides only 10 points to the winner, and will provide little to the horses needing points.